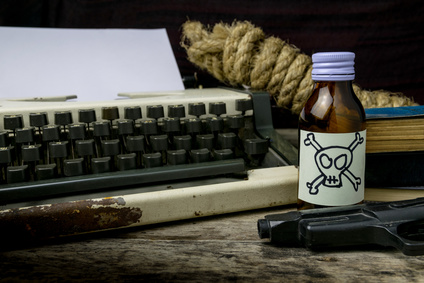 Sticks and stones can break my bones, but…

…but. Why is it that in an age where “sticks and stones” in the Binary Landscape of the Ether hurt as much as the names being hurled? Is it because words and names do indeed matter?

The problem — and you can give me push-back if you want — words don’t hurt people because words, in and of themselves, are neutral. We, as human beings, are what give words their power — power to hurt, heal, help, soothe, marginalize, deify, validate, forgive, condemn, eviscerate.

No, words don’t hurt people — people hurt people. Guns don’t kill people, people kill…well sure. A lot harder to kill with a pen, unless your Martin Blank or literally every world leader throughout time who made their mark in ink to approve state-sanctioned violence against whoever the enemy was at the time, those who, with the support of the people have arguably killed more innocent people than all the individual gun-owners in this country put together.

But this isn’t about guns. It’s about words.

Anyone with a big brother or sister or who was teased at school knows the power of these incontrovertible words when said as a response to the verbal torment: “Thank you.”

“Oh, thank you again, what a compliment.”

And then, if you were a boy, you sometimes got the snot beat out of you. If you were a girl, you got eye rolls and then the backhanded torment likely continued for the rest of your pre-college years, thus instigating the need for therapy in your twenties.

The reason this childhood (or perhaps childish to some) defense is unassailable is this: when you disarm a verbal assault by invalidating the meaning of the words, you break a foundational socio-cultural agreement.

As a society, we have language and terms, phrases and labels we all agree to, mostly unknowingly, in order to be accepted into the larger whole.

You can see the progression of this with the word bitch.

If I got called a bitch, I would say thank you, cite all the positive character traits of a female mother wolf, and go on with my day. I did that long before women began claiming the word for themselves via “social reclamation objects,” aka bumper stickers, mugs, and t-shirts.

The cringiest words I see on bumper stickers?

Because I’m certain the woman driving her brand-new Lexus with the PRINCESS bumper sticker is not royalty, and the other woman in the beater Subaru with the COEXIST and GODDESS bumper stickers is not coexisting well with certain household pests or irritating co-workers, nor is she immortal and do you see how irritating it is when I break our linguistic agreements?

Now, taking something literally, as I do, above, has typically been assigned to people who don’t “get” sarcasm or irony. It’s been the cornerstone of many mishaps and comedic pop-culture motifs. And while that’s a little different than breaking our socio-cultural language agreements, sometimes it isn’t, depending on the intention, and if it’s done consciously.

Why would a woman want to proclaim herself a princess in our society? Especially when the implications (archetypally, past and current) are contained in the following traits of a princess:

We won’t even go into the feminism backlash, eschewing pink for combat boots, warning mothers and fathers that their little “princess” will turn into a monster and no prince will come rescue them so they’d better learn a marketable skill. Or was that just my parents?

The socio-cultural accepted definition of princess, when we lay it out and examine them are slightly repulsive to anyone with any dignity.

However, as a throwaway word, and used in the proper context, it tells you a huge amount of information in a single term. But, used in a context that doesn’t align with our ideas of the individuals or situations, it can be a source of dissonance. Example:

You’re trying to make that work in your head, aren’t you? Yeah, don’t. It gave me a headache, too.

Yes, almost as unbelievable as a Disney princess movie from the forties or fifties. But it illustrates my point. How about the two, below.

A woman who suffered at the hands of an abuser should be treated with a lot of TLC, don’t you think? I do. And while some fathers call their daughters “princess,” doing that when they’re 4-years-old is seen, for some, as adorable. Calling someone that to their face at 44-years-old is not.

Am I really making it that complicated? Hey, I don’t make the rules. So who decided the word princess was so complex?

What would we do if we saw a man driving a car that had a bumper sticker on it that read: Prince?

Wow, am I right? Talk about balls. Talk about insulting. And now, a tirade with the word privilege sprinkled liberally (har har) throughout. Yes, the tall, upper-middle class white man ran (runs) the show for too long (still) and now it’s time to fight back.

I went in to get my tattoo for the fifth decade of my life. Yes, thank you, I’ve shown remarkable restraint. One tatt a decade, because I figure in 10 years, I might just be a little different than the previous ten. So far, I’ve been right.

A girl was there talking about her first tattoo she was getting but, she said, she did NOT want a “tramp stamp.” (A big thank you very little to the writers of SNL, among others, for bringing a sense of shame to the placement of a tattoo at the lower, sacral area of the spine). 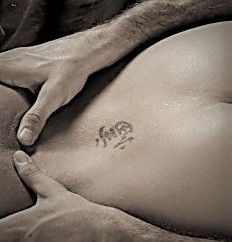 I turned around and laughed. I showed her my tramp stamp and said, “I had it before the pejorative term. I had it when it was called, ‘What the hell is that above your butt-crack, there Missy?’”

Or my favorite name for it, “Oh wow, that tattoo is so sexy…”

Which I heard a lot since there weren’t many women with the ol’ tramp stamp back in the 90’s.

The point? With a single phrase, we can categorize, not just a tattoo, but the person who has it, along with the entirety of their personality in one, fell viral swoop.

I remember dating a particularly piggish guy when I was a senior in high school, and he told me that he liked girls who smoked. I asked why, and he replied, along with a low chuckle from his friend, Jughead McFuckface (I believe was his name): “If they smoke, they poke.”

Yes, bad girls smoked cigarettes, therefore they are easy, therefore you can get laid, therefore, since I was a teen smoker, I did, I got knocked up, and I married the former guy. I proved him right, didn’t I?

But in Utah, girls who smoked were, much of the time, rebelling against the strict, puritanical teachings of the Mormon church. I wonder if, had I been born somewhere more liberal, I would have ever tried a cigarette, let alone settled for a man who referred to women as “tuna boats.”

But the “courtship” is less memorable than the epically horrific divorce from him after just-shy of 5 years of marriage. He would call me on the phone and release a tirade of the most violent, vile, insulting words and names, imaginable. But I had an adult version of “Thank you SO much for the compliment.”

My response, right before I hung up: “Well, there ya have it.” CLICK.

I didn’t agree, I didn’t argue, and I didn’t allow him to verbally do to me what his hands and body and presence had done for 5-years too long. But I didn’t write down his epigraphs and try to reclaim them, change them into words of power. I didn’t try to force the world around me to capitulate to my personal quest to make the word “whore” and the term “shitty, terrible mother” into bumper stickers.

I had to neutralize those things on the inside, and I admit, it took me way longer than it should have (maybe). So my War of the Words with him ended with me refusing to buy into his — along with the socio-cultural idea that I was a “whore” and a “bad mother” because I was leaving such a good family — words about me. That I was severing my eternal marriage, signed, sealed, but undeliverable, even in the Salt Lake Temple.

And while you might be wondering how leaving a toxic marriage could be seen as anything but smart, allow me to say this: You weren’t a Mormon woman in the late 1980s-early 1990’s, in Utah (unless you were, but then you wouldn’t be asking the question.)

Don’t you know? Prayer and being a faithful member of your religion solves everything.

Except when it doesn’t. And I tried both, in spades.

There are some words and terms, phrases, that will forever be in flux. There are some words that will never go away, but will also never be okay — and yet they are a part of our history and should not be banned, but rather seen as the words they were and why we gave them the meaning we did; the words they are now and why “reclaiming” or reconceiving them is a quixotic mass-delusion that only generates underpinnings of divisiveness rather than empowerment.

Words are words are words, and if we allow them to, they can teach us who we once were, and then show us how we can transcend the pain they caused and the way to become the society we want to be.

Yes and no, but mostly yes and sure, while sometimes a kiss is just a kiss, I’ve never heard a sigh as just a sigh unless it is. And what are all those words to which I refer up there, anyhow?

Depends on who you are, where you live, who you believe yourself to be, and how you want to feel about them. It depends on our agreements we make with each other.

So do our language agreements treat everyone equally? I don’t mean in the literal sense of the word. There are some words that defy equality. What’s the word for a male “whore?” Doesn’t matter — men call themselves whores all the time and it’s a sign of bravado. However, they can’t call themselves “gods” in bed, but their lovers can.

Calling your little one a princess is still acceptable, unless it’s done with derision and your child is a boy you’re shaming because he cries.

We have the power to give words power or the power to strip them of meaning. It’s my observation and opinion that we don’t have the power as a society nor as individuals to strip words of power by reclaiming them, because in the end, a bitch is a female dog, and a bitch is a strong woman, and bitching is to whine and complain, but who bitches the most in the midst of a head cold (male v. female) is a hot topic of debate.

Reclaim it all you want, but when it’s hissed through clenched teeth or in the voting booths, the word is what we decided it was when we made social agreements to use a term for a female dog a pejorative.

And see, that’s the thing about words.

They can be as tough as a tramp stamp to wash off.

Je te vois, and as always–